One of my clients approached me a couple of years ago to see if I would be willing to digitize their family photo albums.  They were wanting to do it, but could only find non-local businesses that did it, and they did not want to ship their treasured memories off to Florida.  I agreed to help them with this task and, over the last couple of years, have scanned in and completed five photo albums for them. 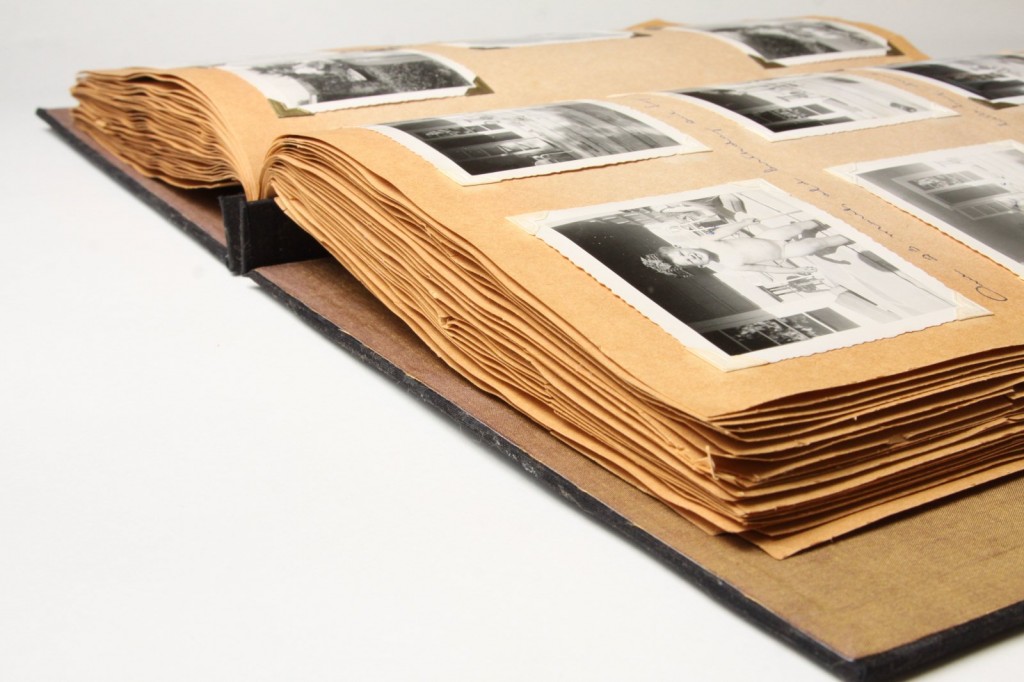 I finished the fifth one this past week, and it was a doozy.  It is twice as big as the other ones I have done and ended up being 482 pictures with captions, which translated into a final file size of 128 pages.

What I do for these photo albums is I scan in the background separately, so there is a clean page.  Then I reformat the page into a (now) typical scrapbook-sized page and cut each picture out from the scan and place onto the fresh background, trying to keep the general look and feel of the old album.  This is a timely process, but for this latest photo album, it was even more of a process because the photos all had this unique deckled edge to them.  I considered leaving out the deckled edge, but then decided that the deckled edge is part of the photo and part of the history of how photos were presented, just like the photo corners.  When it is all said and done, I also design a title page for them, like the one to the right.

This particular photo album was also very, very delicate, even though the subject matter was from the mid-1950s.  While I was taking out the pages from the album, the album cover itself broke along the edges.  I suspect this is due to being so full of pictures and pages, but also because of the low quality of the album in the first place.  Wanting to return the album to my client in one piece, I looked and looked and looked for a new album cover, all to no avail.  They simply do not make this size and style album anymore.  When I came to this realization, I was just sick that I would have to return the album to them broken. 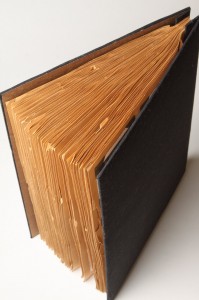 And then I remembered that I have a very talented sister-in-law who has been trained in how to bind books!  So, I sent her the cover and she was able to disassemble it and create a new cover for me that works perfectly and is really beautiful — much more attractive than the old cover and it matches the simplicity and style of the photo album.  I have not shown the new cover to my clients yet (will do so when I return the album to them), but I think they will really appreciate her beautiful work. 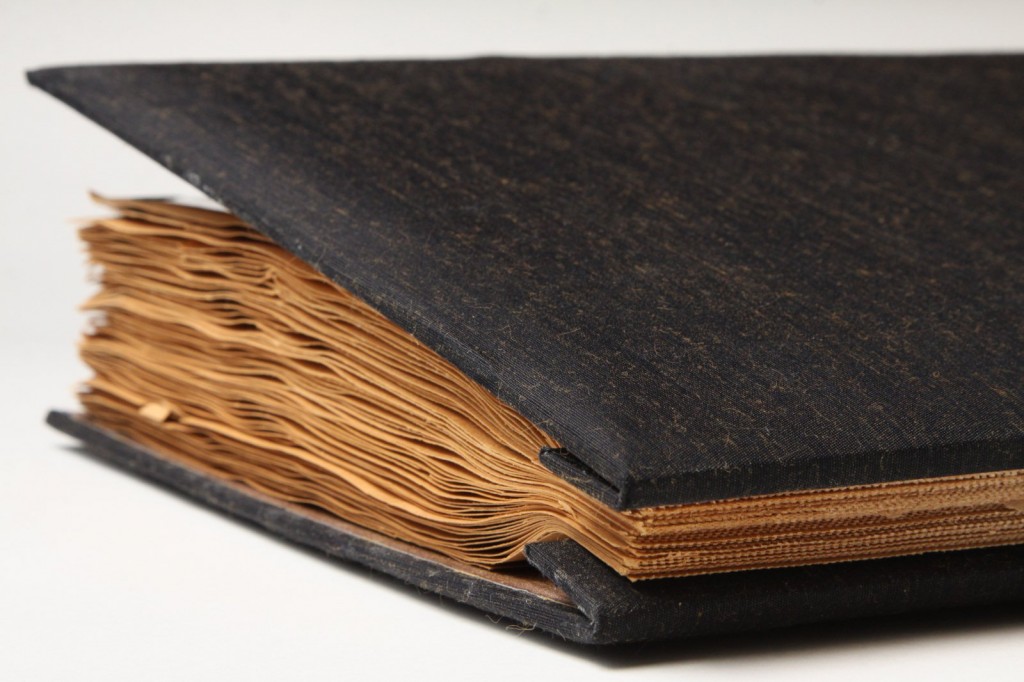 Jennifer Smith Greene is originally from and lives currently in Burbank, California with her husband Gavin Greene. Jenny completed her undergraduate degree from Woodbury University in Graphic Design. She has worked as a graphics & web designer, both as an in-house and freelance designer. She also has completed a Master of Divinity (MDiv) degree from Princeton Theological Seminary. She has worked as a hospital chaplain and in support roles in various churches. In her spare time, Jenny enjoys watercolor painting. She has taken classes and workshops under Joseph Stoddard, Tom Fong, Danny Gregory and Jane Friend. Additionally, Jenny is active in the community and volunteers her time on the Board of Family Promise of East San Fernando Valley, a social service nonprofit dedicated to helping homeless children and their families by providing shelter and support services to help the families find jobs and housing. Jenny enjoys reading (and highly recommends the site Goodreads), watching movies, playing softball and tennis and taking walks with her husband. Otherwise, Jenny is always curious to find out about those people who come to her site and would love to hear from you!
View all posts by jenny →
This entry was posted in beautiful, black and white, book, client, design, digitizing, photo album. Bookmark the permalink.