Sometimes posting about my work has been really helpful to get me more work.  A couple of weeks ago, I was contacted by an insurance agent named Anna in the San Jose area who wanted help preparing an advertisement for her business in a local magazine.  She had found the flyer I did for another insurance agency, and thought that I could help her! 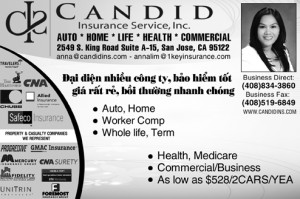 The original design for the insurance ad that the magazine did is to the right.  Anna didn’t like how the ad accentuated the wrong things and had the incorrect information. (I don’t blame her about that!) But beyond that, the ad is sort of a mess.  There’s no real focus and the eye is led nowhere.

So, I spoke with Anna about what was important, what she liked from the original ad, and what she wanted to be different.  The insurance logos were important, as were the services she covers.  So, I gave it a shot and after a draft or two, I was able to quickly turn-around this revised ad for her to submit to the magazine:

I hope you agree that it’s better.  Insurance advertisements are very tough because usually a lot of information needs to be represented.  In this ad, I have tried to make use of size and positioning to call to attention the items that are more important versus the items that need to be on there, but don’t have much prominence.

The ad needed to be black and white, but I also sent her a color version, so that she could print it out and use it as a flyer or perhaps resubmit as an advertisement in the same or another publication: 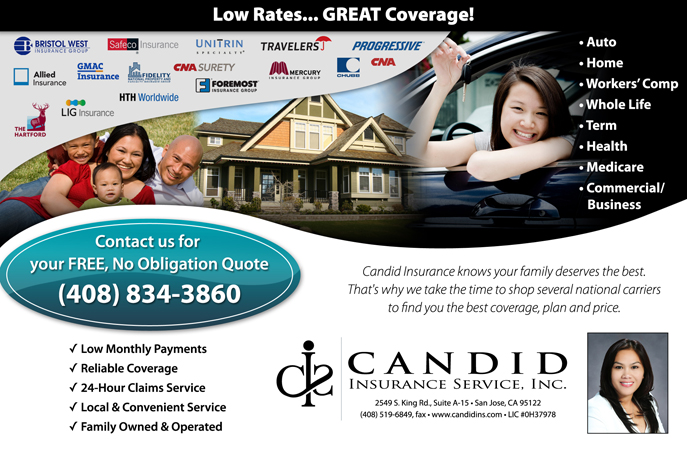 Jennifer Smith Greene is originally from and lives currently in Burbank, California with her husband Gavin Greene. Jenny completed her undergraduate degree from Woodbury University in Graphic Design. She has worked as a graphics & web designer, both as an in-house and freelance designer. She also has completed a Master of Divinity (MDiv) degree from Princeton Theological Seminary. She has worked as a hospital chaplain and in support roles in various churches. In her spare time, Jenny enjoys watercolor painting. She has taken classes and workshops under Joseph Stoddard, Tom Fong, Danny Gregory and Jane Friend. Additionally, Jenny is active in the community and volunteers her time on the Board of Family Promise of East San Fernando Valley, a social service nonprofit dedicated to helping homeless children and their families by providing shelter and support services to help the families find jobs and housing. Jenny enjoys reading (and highly recommends the site Goodreads), watching movies, playing softball and tennis and taking walks with her husband. Otherwise, Jenny is always curious to find out about those people who come to her site and would love to hear from you!
View all posts by jenny →
This entry was posted in ad, advertisement, before and after, black and white, business, car insurance, design, flyer, insurance. Bookmark the permalink.